Commentary: Memos are great, but NFL still has plenty of issues to solve before players return 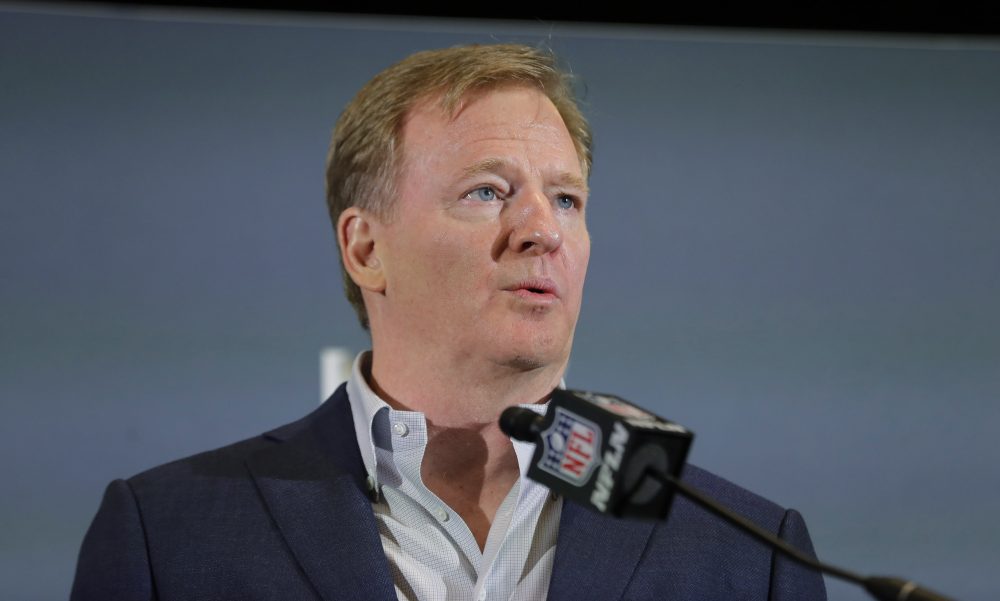 Does wearing a mask in meetings matter if players just traded blood, sweat and saliva during practice or a game?

Is separating lockers by 6 feet helpful if the men using them just stood inches from each other in the huddle?

Can NFL teams operate at all, let alone efficiently, under the strict guidelines presented last week by Commissioner Roger Goodell?

What happens if the virus spreads within a roster?

These are among the plethora of questions still being asked about the expected return of football — three months after the sports world shut down due to the coronavirus pandemic.

Minicamps were officially canceled Thursday, the Browns’ virtual offseason program will continue for two more weeks and players won’t be allowed back into team facilities until training camp, which is scheduled to begin in late July. Goodell sent a nine-page memo to teams with a comprehensive set of rules and regulations for the players’ return.

While the message was strong and promoting safety necessary, the execution could prove troublesome.

“I’ve seen all the memos on that, and to be quite honest with you, it’s impossible what they’re asking us to do. Humanly impossible,” Ravens coach John Harbaugh said in an interview with 105.7 The Fan in Baltimore. “So we’re going to do everything we can do. We’re going to space, we’re going to have masks. But, you know, it’s a communication sport. We have to be able to communicate with each other in person. We have to practice. I’m pretty sure the huddle’s not going to be 6-feet-spaced.”

The guidelines require organizations to separate their essential personnel into three tiers, each with specific access limitations to players. Restricted areas will be established to further the effort to keep the players safe.

The rules also require masks for everyone inside the building and disinfecting rooms before and after every meeting and the indoor turf after each practice. The league will also establish testing protocols for the virus and mandate teams to have sufficient supplies of personal protective equipment.

Those all make perfect sense and will go a long way toward reducing a potential spread of the virus. Even if players must expose themselves on the field, taking every precaution away from it is prudent.

Where Harbaugh has taken issue — and other coaches are likely to voice similar opinions — are the changes to meetings and weight room sessions.

Goodell ordered meetings of 20 people or more to be held virtually, or with proper distancing, and wants all meetings to be conducted virtually if possible. Any in-person meetings are to be held outdoors with separation and masks required.

Strength and conditioning workouts must be limited to no more than 15 players, with times scheduled.

“I’m a little frustrated with what I’m hearing there,” Harbaugh said. “And I think they need to get that pinned down a little better.”

Cleveland’s Kevin Stefanski is a first-time head coach and has made sure not to make excuses regarding the unusual circumstances. He returned to Browns headquarters June 5 and admitted the setting is different but insisted the challenge isn’t insurmountable.

“These are the protocols, and this is to stay safe and this is to make sure that we have a safe environment for our staff, for our entire building and for our players,” he said. “This is what is required, and we are going to adhere to the protocols to the T.”

Coaches crave consistency, but this season promises to be unlike any other, including stadiums with reduced crowds or none at all. After not being able to meet in person or practice throughout the offseason, the disruption will continue once training camp and the season start — assuming they do.

Not being able to sit in the same room as a team, or as an offense or defense, before or after practice will be uncomfortable. Adjusting the daily schedule to allow for spread-out weight-lifting sessions, medical treatments or even post-practice showers will take planning and patience.

None of these changes is a deal-breaker. The biggest obstacle is players agreeing to put themselves at risk in a sport played in conditions that promote the spread of the virus.

The NFL has been adamant the season will be played in full and as scheduled. The NFL Players Association has been less definitive.

“Players: A reminder to be wary of any updates or information about returning to work from the league or your team,” Browns center and union president JC Tretter tweeted after the release of Goodell’s memo. “Contact me, your rep, or your player director to receive accurate updates as we push for the safest possible return to work.”

The union’s job is to advocate for its members, and that includes demanding a safe workplace. The deadly virus creates legitimate concerns that must be addressed.

The harsh reality is the players will put themselves in some level of danger by agreeing to play the season. But I can’t imagine them deciding to forfeit a year of paychecks by not playing.

And the league will do everything in its power not to lose billions.

So the issue then becomes how to best manage the risk. The league believes it’s instituting the proper steps, while also seeking to eliminate its liability.

The league won’t operate in a bubble — like the NBA hopes to do — so the risk factor will rise even further. The tier system within organizations will help, as will many of the precautions.

But are all of the measures necessary? Are some counterproductive?

The NFL and its players are grappling with the same issues many of us are in our daily lives, just in a much more public forum. What activities are a must? How much risk is palatable?

While the science must be followed, the risk-reward formula isn’t an exact science. The players will have to swallow hard, trust their organizations and remain diligent in doing their part to keep everyone as healthy as possible.

And the coaches, even Super Bowl winners like Harbaugh, must learn to sacrifice, adapt and figure out a way.

Browns writer for The Chronicle-Telegram and The Medina Gazette. Proud graduate of Northwestern University. Husband and stepdad. Avid golfer who needs to hit the range to get down to a single-digit handicap. Right about Johnny Manziel, wrong about Brandon Weeden. Contact Scott at 440-329-7253, or email and follow him on and Twitter.

Analysis: Plenty of questions, concerns remain at linebacker
Commentary: Following a career that should lead to Canton, Joe Thomas is having a hall of fame retirement